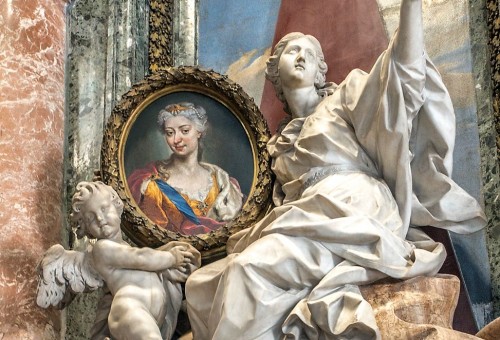 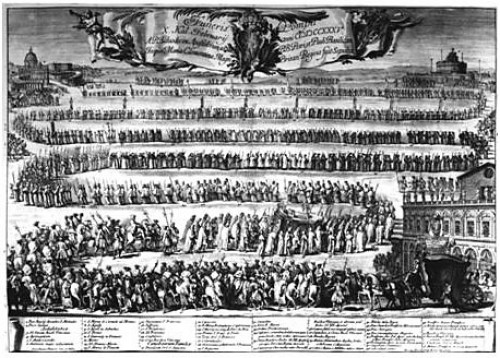 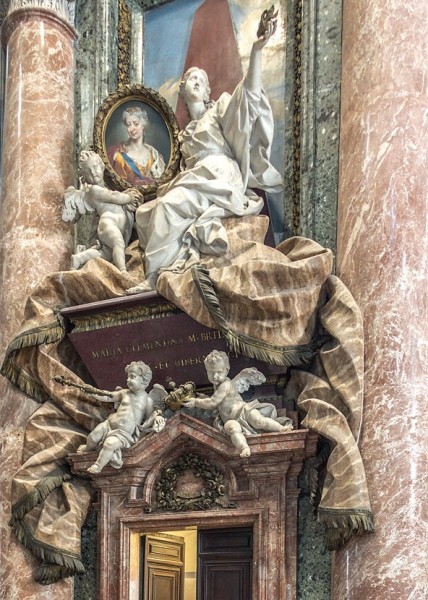 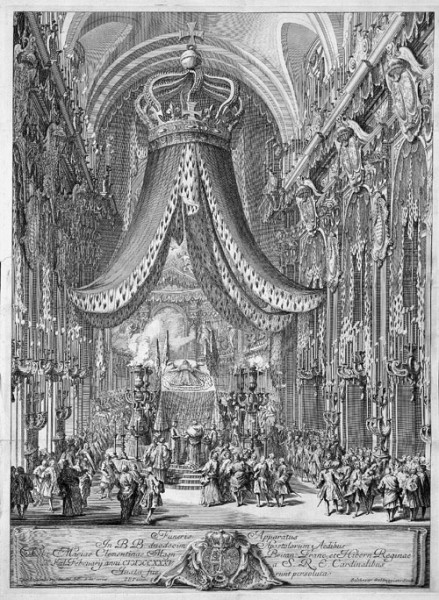 It is one of three funerary monuments, which are located in the Vatican Basilica, which are dedicated to women. That is why, we must pose ourselves the question, what did Maria Clementina Sobieska do to deserve such recognition and find herself among such figures, as Matilda of Canossa or the Queen of Sweden Christina.

It is one of three funerary monuments, which are located in the Vatican Basilica, which are dedicated to women. That is why, we must pose ourselves the question, what did Maria Clementina Sobieska do to deserve such recognition and find herself among such figures, as Matilda of Canossa or the Queen of Sweden Christina.

She did not live long, and it would seem from a certain moment her life was marked with strife and disappointment. It is difficult to say what was their real cause, but the way in which she consciously strove towards self-annihilation causes us to reflect on the subject of how an unsuccessful marriage can lead to limitless grief and misfortune, which only death can free us from.

Maria Clementina was the granddaughter of the Polish king, John III Sobieski, the goddaughter of Pope Clement XI and the wife of the pretender to the English throne, living in exile, who titled himself as the king of England, Scotland and Ireland, James Francis Edward Stuart. The monument, which was constructed in her honor thanks to two popes, Clement XII and Benedict XIV is found in the left nave of the basilica and it is not monumental, but elegant. It is like the last breath of Baroque with its lightness, finesse and a tendency for decorativeness. With a pyramid in the background, on a thickly arranged drapery rests the allegory of Charity (with a heart in her hand) with the accompanying putto supporting a portrait of the smiling deceased. Below the sarcophagus another two putti hold a crown and a scepter, which neither Maria Clementina, nor her husband ever acquired. Both they as well as the then popes dreamed of it, perhaps believing that England would return to the fold of the Catholic Church.

The author of the queen’s portrait completed in mosaic was Ludovico Stern. It depicts a queen living in the city on the Tiber “without a kingdom” in the best period of her life – full of grace, sociable and joyful. And it is difficult to believe that within a span of fourteen years, this charming woman lost herself in her own misfortune, pretenses and accusations directed towards her husband. They led her to a harmful asceticism, which became the   de facto cause of her death.

When Maria Clementina, after a long illness passed away at the age of thirty-four, Pope Clement XII organized a royal funeral for her, while the crowds marching behind the funerary conduct mourned the deceased almost as if she had been a saint. She was buried in the underground of the Vatican Basilica, and later, after the creation of the funerary monument her body was transported into the basilica, where it is still found today. The Latin inscription on her sarcophagus reads as follows:

The author of the design of the monument was Filippo Barigioni, while the allegory of Charity was completed by the outstanding sculptor, author of such statues as Oceanus from the di Trevi fountain  – Pietro Bracci.

Directly opposite the queen’s monument there is a completely different in style, funerary monument of her husband and two sons (funerary monument of the Stuarts). In this way “running away” from an unloved husband, due to her tragic fate, even after death Maria Clementina was forced to endure his company. 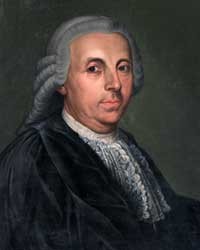 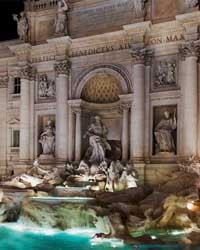 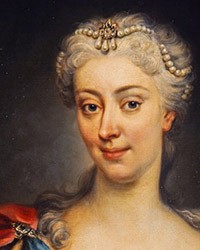 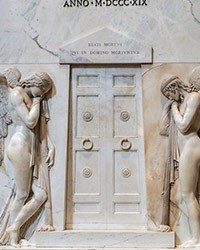 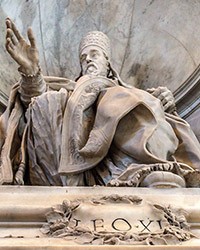 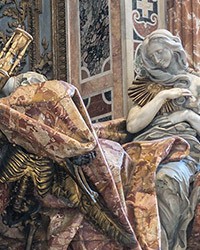