Chigi – the ups and downs of a powerful family 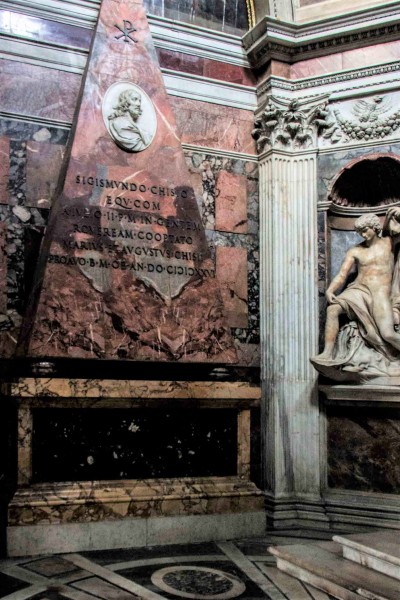 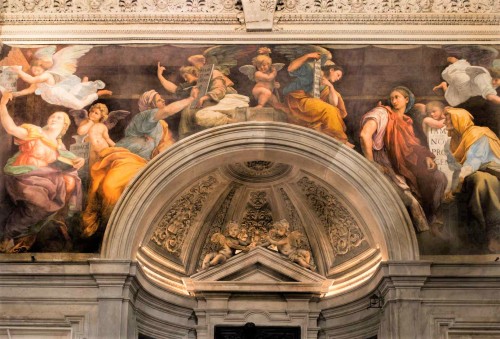 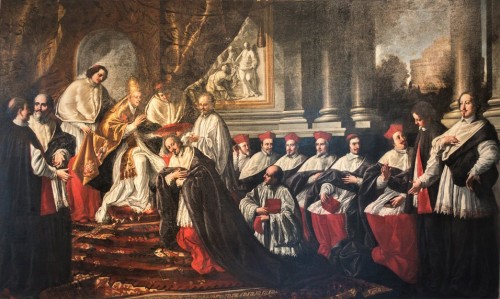 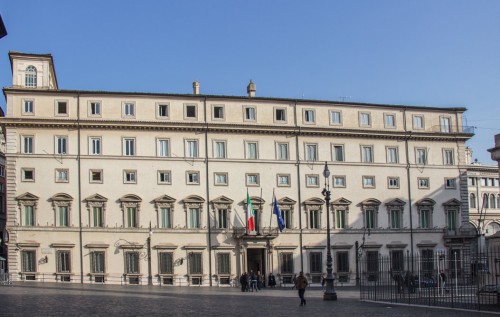 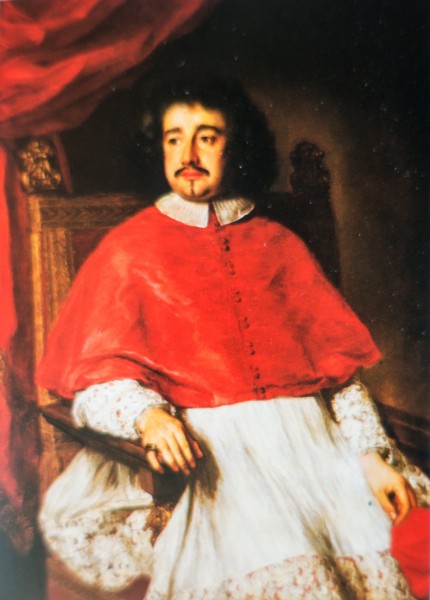 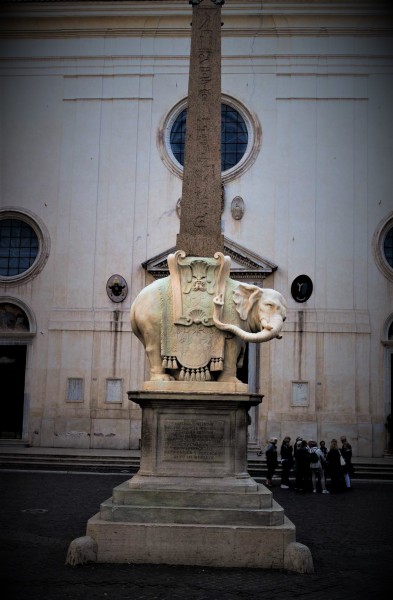 The origins of the family can be found in Siena, where the Chigis as early as the XII century accumulated a sizeable fortune, which they acquired through trade and banking. Starting in the XV century the family representatives were able to boast noble titles, as well as properties spread all over the coast of the Tyrrhenian Sea. It was then, that Agostino di Nanni established close ties with the State of the Church. He left his son, Mariano, in the city on the Tiber, who then became the unofficial ambassador of Siena in Rome. His second son, Sigismondo (the grand-father of Pope Alexander VII), returned home with his father.

The family enjoyed unequaled prosperity through Mariano’s son – Agostino Chigi (1466-1520), who became the official and private banker of subsequent popes (Alexander VI, Julius II, Leo X). However, Agostino was not just a financial backer of the papacy, but also one of the greatest patrons of art in the city. He had his urban villa built and decorated by the greatest masters of the Renaissance (Farnesina). It was visited by artists, painters, popes, and cardinals, while the banquets and literary soirees organized there were famous throughout the city.

Pope Julius II della Rovere, as proof of his recognition for the irreplaceable Agostino, bestowed his own coat of arms upon him as a symbol of significance and prestige. What did Agostino do to deserve such honors? It was thanks to loans from his bank, that not only the pope’s military escapades were made possible, but also his artistic foundations. From that moment on, a family of little significance, which used the six mountains arranged into a pyramid as its coat of arms, began adding the oak tree (della Rovere) to its seal. Unfortunately, as quickly as Agostino had acquired his wealth, just as quickly it was squandered by his descendants, who also left no heirs. The bank folded, while Farnesina was sold to the Farnese family. This line of the Chigi family simply ceased to exist.

It was not until more than one hundred years after the death of Agostino, that another member of the family once again led the family onto a path of "prosperity". After coming to Rome, Fabio Chigi (the grandson of Sigismondo Chigi), at that time a cardinal, ordered the chapel of his great-grand-uncle in the Basilica of Santa Maria del Popolo, where he intended to be buried himself, to be completed and modernized. However, this did not take place, as in 1655 the cardinal ascended to the papal throne as Alexander VII. Initially, he was a decisive opponent of nepotism and so in turn, was against bringing his family to Rome and granting them important functions within the State of the Church. However, after one year he changed his mind and accepted this centuries-long tradition. His nepots accumulated not only riches but also infamy.

The most entrepreneurial of these was the pope's nephew Flavio Chigi. Despite the fact that his private life caused limitless problems for his uncle, he was an effective manager of family affairs. Holding numerous posts in the State of the Church, he used his prestige and money to buy (for the family as well as for himself) lands and estates in the Latium. Rome was also in need of a palace, which would reflect the status of the family. In order to achieve this goal, Flavio bought a palace at the Piazza Santi Apostoli (present-day Palazzo Chigi-Odescalchi) from the Colonna family. The cardinal lived in it until his death, after which the valuable furniture, library, as well as its art gallery were moved to another Chigi palace – at the Piazza Colonna. However, a part of the collection was sold at the beginning of the XVIII century and still today can be viewed at the Albertinum in Dresden.

However, what is a famous family without an urban villa – a place where one can rest listening to the sounds of music or rustle of fountains. The one created by Cardinal Flavio Chigi in XVII (today nonexistent) was small, since it occupied only eight hectares, but was indeed exceptional in every inch. During times of its splendor it was admired for its lavishness, but especially for one of its alleys, surrounded by a high wall, where niches with statues were placed. Thirty fountains spouted water, small terraces invited for strolls, while flowers were proudly displayed in vases. Elsewhere, fancy fruit and decorative trees could be admired, while wisterias and other bushes spread their scintillating scent in the spring. Of course, this place also included a small casino, where one could take refuge in times of bad weather, as well as a stage where theatre plays were shown. The villa disappeared in the XIX century; presently its location is occupied by the via Nazionale.

On the other hand, the aforementioned Chigi Palace at Piazza Colonna was purchased from the Aldobrandini family. It quickly turned out that it is too small for the needs of the most powerful at that time Roman family, that is why 24 properties around the palace were also purchased so that it could be enlarged and given the proper splendor. It was to tower over everything which had until then been built in the city, not only with its size but also with its furnishings. The palace was inhabited by the pope’s brother, Don Mario, and his son Agostino Chigi (1634-1705), along with his wife, Maria Virginia Borghese. The secular nepot, Agostino, who titled himself as prince, was the captain of the Sant’ Angelo Castle, while his wife was the wealthiest woman in Rome. Subsequent generations of Chigis also inhabited this residence. It is here that the wedding of Sigismondo Chigi  (Agostino's son) with Maria Odescalchi took place. Sigismondo achieved significant status in Rome, not only thanks to his love for archeology and poetry but also his interest in economics and agriculture. His eccentric, often scandalous way of life caused him to be suspected not only of libertinism but also of a conspiracy against the prefect of the Congregation of Faith. He fled the city, leaving his entire fortune to the twenty-year-old at that time son (Agostino). The son continued the literary passions of his father, organized a literary salon, but was considered a Jacobin, and when the armies of Napoleon Bonaparte entered Rome, he greeted them with joy. His pro-Napoleonic sympathies led to a worsening of relations between the Chigis and the papacy, however, in time these improved. The following Chigi – Mario (Sigismondo’s son), married (1857), to a representative of the German Wittgenstein family, Antonietta, initialized further modernizations of the palace. However, the family’s financial difficulties led to a gradual renting out of numerous parts of the palace. Finally, in 1918 it was sold. And thus the Chigi palace became the property of the Italian state and today is the residence of the Italian Prime Minister.

Prince Agostino Chigi Albani, the last representative of the Roman line of the Chigis died in 2002, however members of other branches of the family, married into aristocratic families, still bear both the family name and its claim to fame. 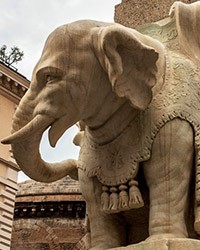