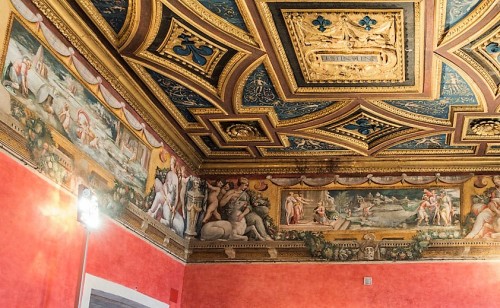 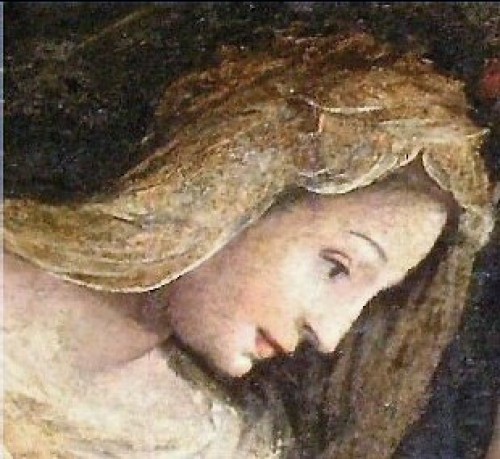 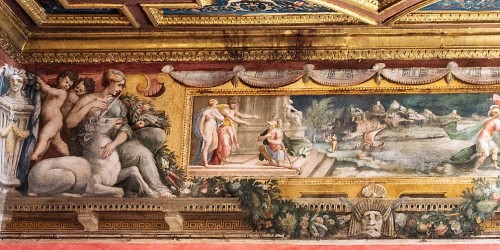 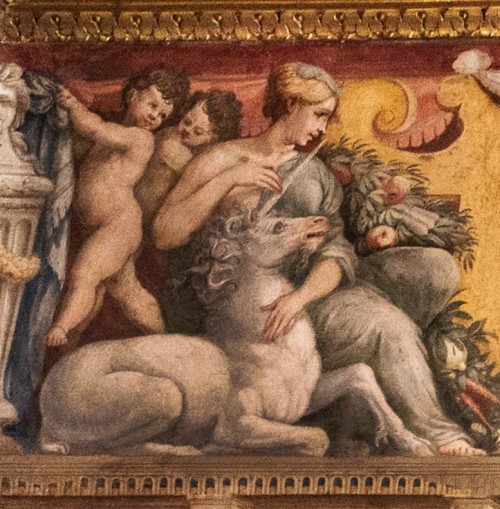 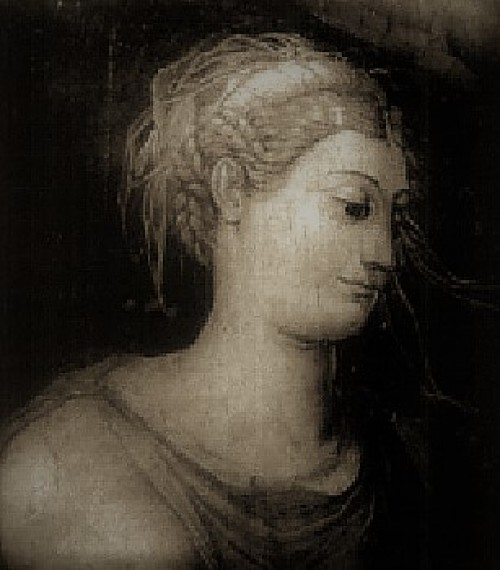 In a document in which cardinal Farnese confirms the fatherhood of four of his children there is no mention of the mother’s name, only a note saying that it was a woman of noble birth. It is reminiscent of a certificate of birth of horses of noble blood   in which we can encounter the information “mother unknown”. Why was the name of the woman who accompanied this man for many decades and was later left to fend for herself, not mentioned? In order to understand this, we would probably have to immerse ourselves into the meanders of the human soul, but since we know so very little about this relationship we can only  be left with guesswork.

Let us however, start at the beginning since it is emotional indeed. The flaming affair of Pope Alexander VI with the forty years his junior Giulia Farnese, resulted in elevating her brother Alexander to the rank of cardinal at the age of twenty-five. Silvia was at that time a seventeen-year-old girl who in 1494 married the nobleman Giovanni Battista Crispo. She gave birth to three sons of whom only Tiberio (1498) is known. The affair between cardinal Farnese and Silvia had to commence no later than 1499, since in that very year their first child Constanza was conceived. They probably met through one of the six brothers of Silvia and it apparently was love at first sight. How do we know, who was the father of the newborn Constanza? Many years later the cardinal acknowledged her as his own child, although officially she was born during the marriage of Silvia with Giovanni Crispo. Was the husband aware of the double life of his wife, did he suspect something or even accepted it – we do not know. Their love was kept in secret, not so much because of the husband, who had died soon after the birth of Constanza (1501), but more because of the cardinal himself, who as opposed to Alexander VI did not want to dazzle everyone with his sexual life. In subsequent years the following descendants of the cardinal were born. Silvia did not marry – she lived alone surrounded by her seven children in Rome or in Frascati. The cardinal visited his lover, but he avoided parading her around in company. The children – the cardinal’s greatest pride (Constanza, Pier Luigi, Paolo, Ranuccio) – matured under the watchful eye of the father, who most likely even then planned a great future for each of them.

In 1519 the cardinal decided to change his life. He was ordained and desired to live in celibacy, or at least he resigned from fathering any more children. He only met Silvia in secret, also in order to mourn the death of their two sons (Ranuccio and Paolo). Thinking of his own career he had to take care of his reputation, since he awaited to be elected as pope, despite the fact that subsequent elections did not go according to his plan. Cardinal Farnese had to wait many years before, in 1534 the white smoke ascending from the chimney of the Sistine Chapel announced his victory. At that moment the newly elected pope with a name of Paul III, stopped meeting with the mother of his children. He was no longer young but still had a lot to do especially in the field of family policy intending to bestow the appropriate status upon Farnese family. Silvia however, could not be displeased. Her humbleness, tranquility and devotion was paid off by her lover in a way that was most pleasant for a mother. Her son from her first marriage, Tiberio, became a cardinal, as did her grandsons, at a very young age: the fourteen-year-old Alexander and the sixteen-year-old Guido Ascanio. Constanza, known as the popess, a mother of ten children in all, shone brightly in the Roman salons, while Pier Luigi became the duke of Castro. Cardinal Tiberio, bought a house for his mother (with the pope’s money) in Rome and hosted her in his villa in Bolsena, while her grandson Cardinal Alexander Farnese even invited her to a masquerade ball, taking place in his palace (Palazzo della Cancellaria). The Farnese family acquired a fortune and titles, while the pope’s nepotism was unequaled in history. Paul III surrounded himself only with his family, mainly with active, bright and ambitious grandsons, ready to collaborate with him on this joint task. The only cause for worry, was the behavior of his eldest son, who committed acts which were deemed as scandalous, meaning the so-called sodomy.

Silvia was able to enjoy the success of her children and later grandchildren for a long time to come. Thanks to their promotions she was able to recover her position in the city although she never spoke about her relationship with the pope. She died at an old age, outliving her lover and many of her children and was buried in the Church of Santa Maria ad Martyrs in the Pantheon, in the family tomb of the Ruffini family.

As can easily be discerned we have no official portraits of the mother of the outstanding Farnese family. We can only speculate that her images are present among the decorations of the buildings connected with representatives of the family in Rome (Castle Sant’Angelo, Palazzo Rondanini) or in Bolsena (the villa of cardinal Tiberio Crispo). 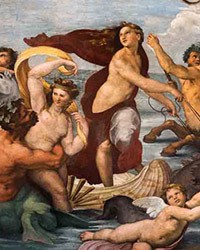 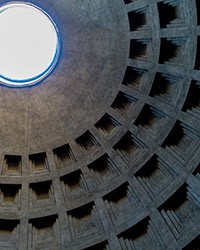