Carlo Saraceni (1579–1620) – an artist somewhere between verismo and idealism 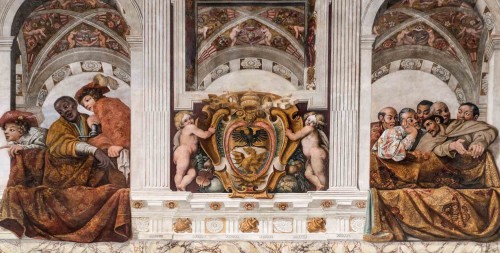 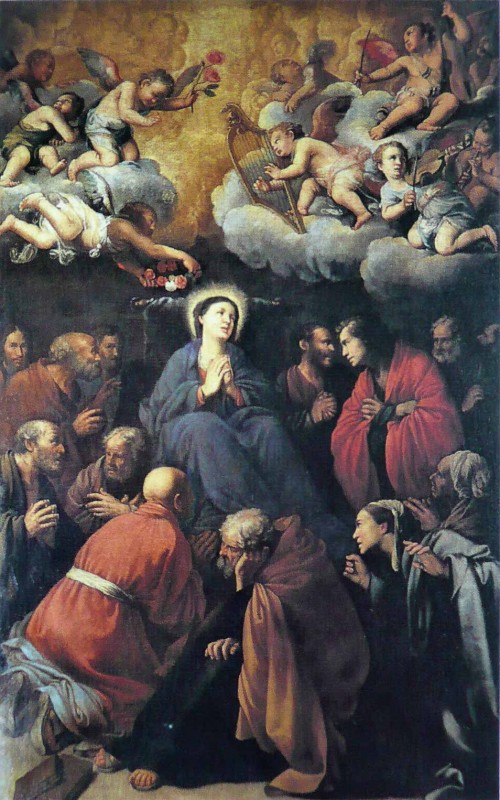 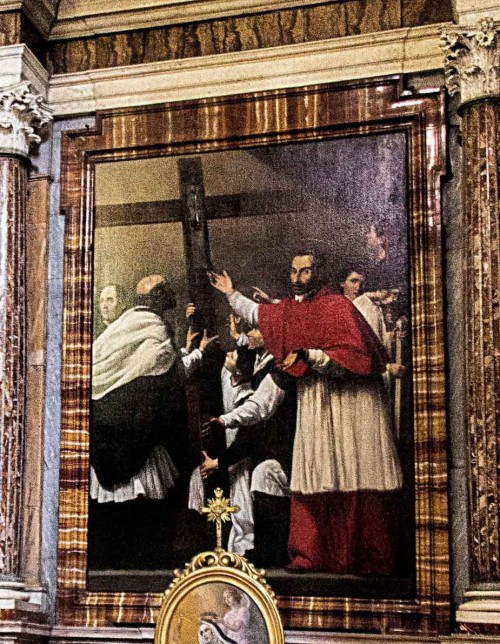 Carlo Saraceni, Charles Borromeo in the Procession of the Holy Cross, Church of San Lorenzo in Lucina 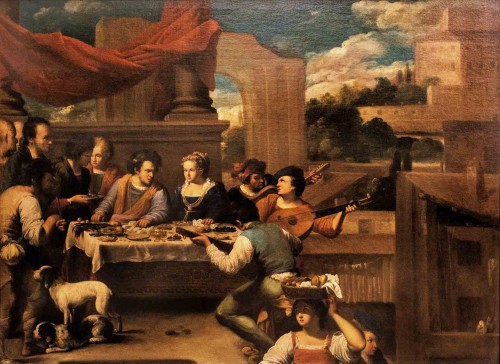 Carlo Saraceni, Lazarus at the feast of a rich man, Musei Capitolini 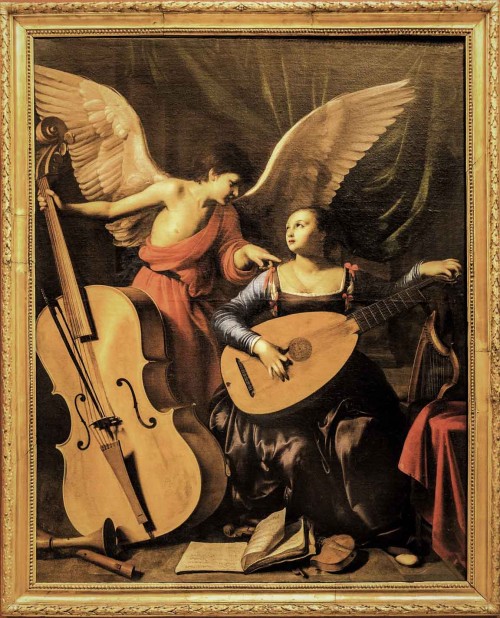 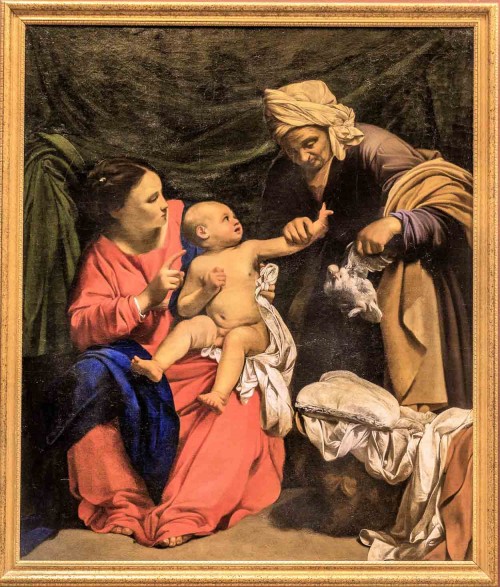 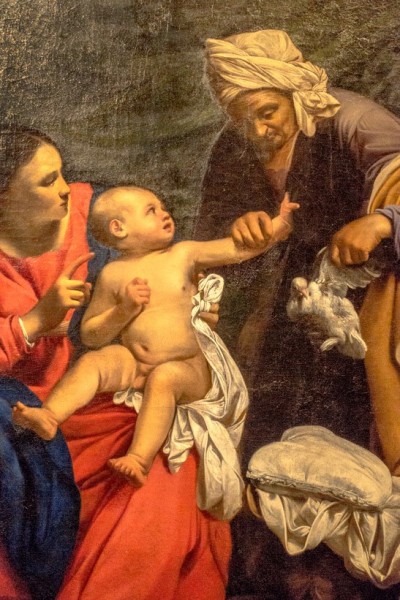 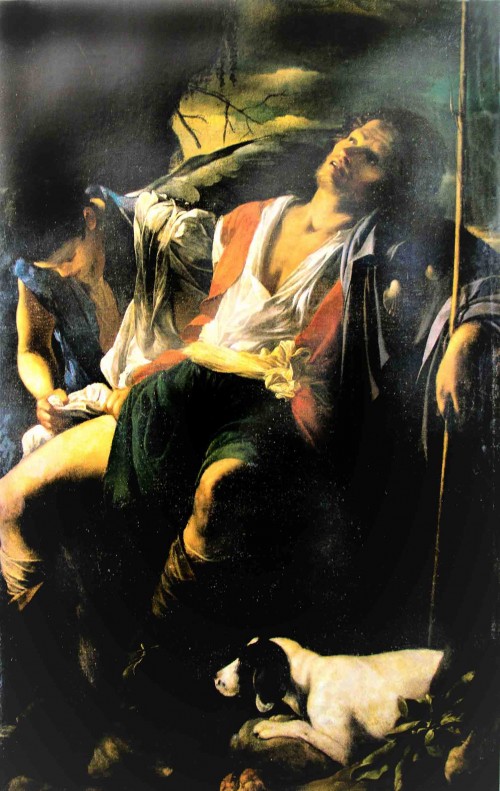 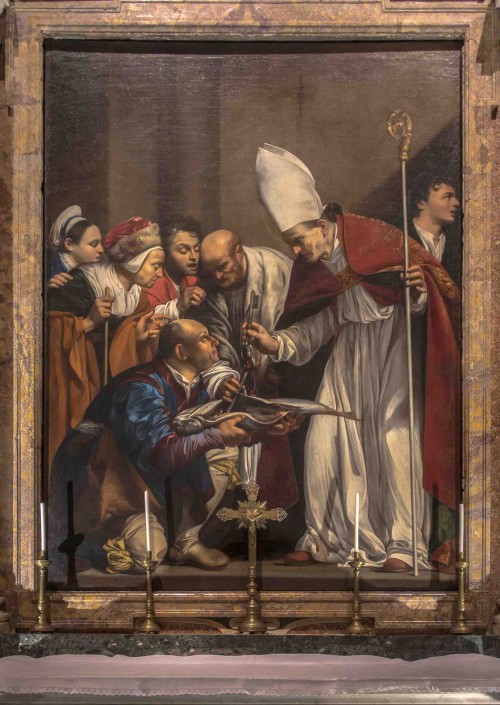 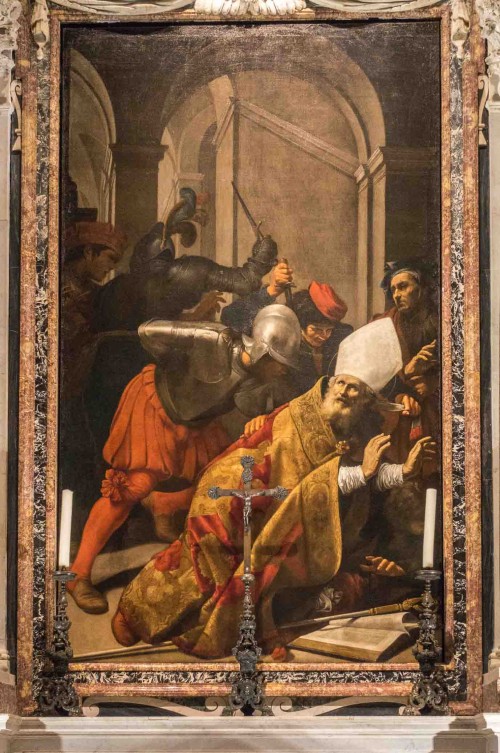 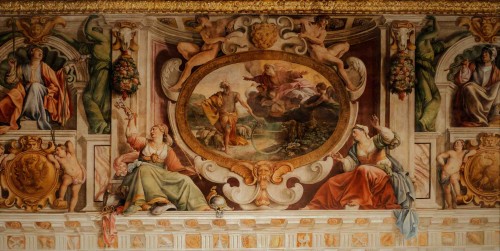 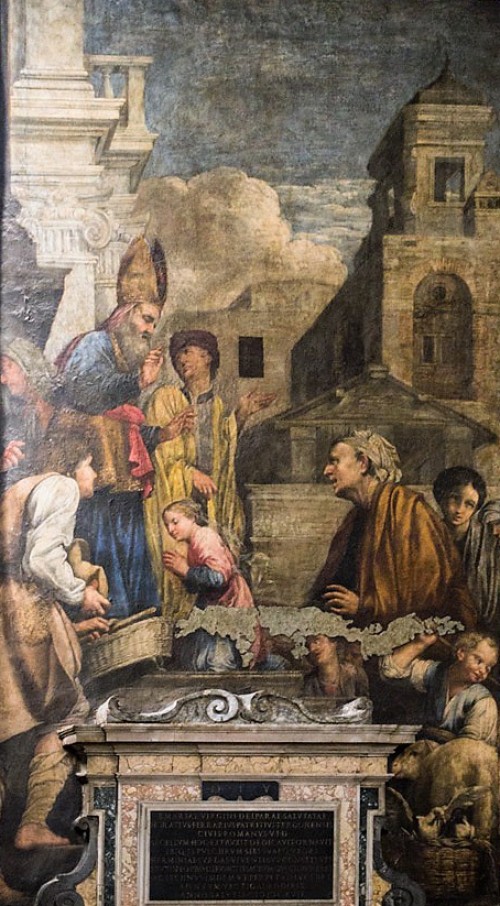 Carlo Saraceni, scenes from the life of Mary, Church of Santa Maria in Aquiro


He came to Rome, which was in the middle of preparations for the grand celebrations of the Jubilee Year (1600) and where at a feverish pace churches were modernized and decorated, from Venice as a twenty-year old youth. Thanks to the patronage of families connected with the city on the Lagoon he quickly found work both with church and private commissioners. Along with him, the young painter brought from his home town, not the love of Venice-based Mannerists, although he never forgot his Venetian roots in art, but most of all the fascination with Dutch and German painting masters, with strong chiaroscuro contrasts and dramatic narration. Still in Venice he met the Frankfurt-born Adam Elsheimer, whose strong luministic effects and nocturnes left a distinct mark on the young artist.

In Rome he found an artistic soulmate and a companion in the eight-year his senior Caravaggio, who had just finished painting the breakthrough – as it was to turn out – works for the chapel of cardinal Contarelli in the Church of San Luigi dei Francesi. As we know, they brought him great popularity among the sublime art enthusiasts and respect among Roman artists. Therefore, it should come as no surprise, that Saraceni quickly became a fervent fan of his and in time the most outstanding interpreter. However, he learned something more from Caravaggio as well. Seeing, how much he must pay for his inability to compromise, which resulted in his paintings often being rejected by clients, he used his motifs in creating more appropriate substitutes. His painting Madonna with Child and St. Anne, is a pleasant homey version of the theme which so greatly angered cardinals when Caravaggio had showed them his canvas (Madonna and Child with St. Anne), while his Death of the Virgin in the Church of Santa Maria della Scala – is a light version of Caravaggio’s Death of the Virgin, whose version was rejected due to the painter presenting an almost earthly death of the Virgin Mary and clients not accepting the corpse-like color of the prostitute fished out of the Tiber.

After Caravaggio had fled Rome and Saraceni had stabilized his life and was acquitted of a murder charges, he became, around the year 1610 the topmost artist in Rome, with such a luministic approach to painting. The works created at that time are characterized by an intense color scheme, poetic warmth and decorativeness, but also an expressiveness of gestures (often exaggerated), as was the case in the painting immortalizing Charles Borromeo in the Church of San Lorenzo in Lucina, where the dynamics of the procession, which is led by the cardinal is supplemented by the numerous hands of excited participants. Elsewhere Saraceni turns to genre painting, making plebeian types, as in the painting depicting St. Benno, or even to verismo – concentrating the attention of the onlooker on the bald head of Pope Gregory I the Great. Sometimes his strokes of the paintbrush seem very rapid, expressive, almost impressive as is the case in fragments of the aforementioned painting Madonna with Child and St. Anne.

In the years 1616-1617 along with Giovanni Lanfranco and Agostino Tassi, Saraceni took part in the painting of the great frieze in the Sala Regia of Palazzo del Quirinale, while in 1620 he returned to Venice where he died in the same year of the typhus.

The artist’s greatest works in Rome:

Fresco Birth of Our Lady

Parable of the Rich Man and Lazarus, 1608

Charles Borromeo in Procession of the Holy Cross, 1619

Frescoes at the top of the Chapel of the Visitation of the BVM – images of St. John the Evangelist, St. John the Baptist and St. Matthew, 1618 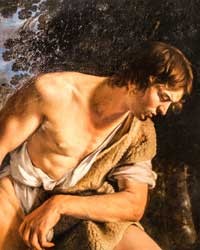 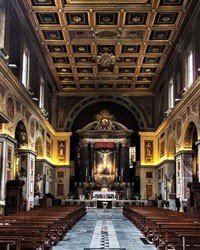 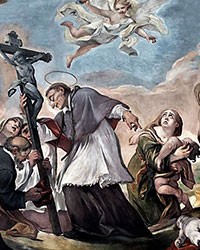