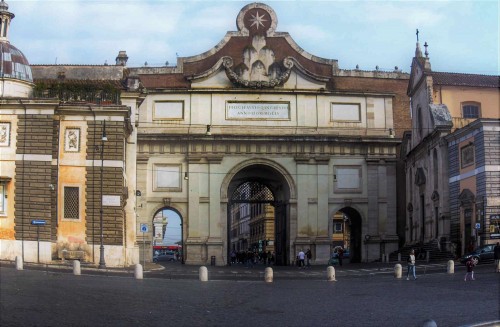 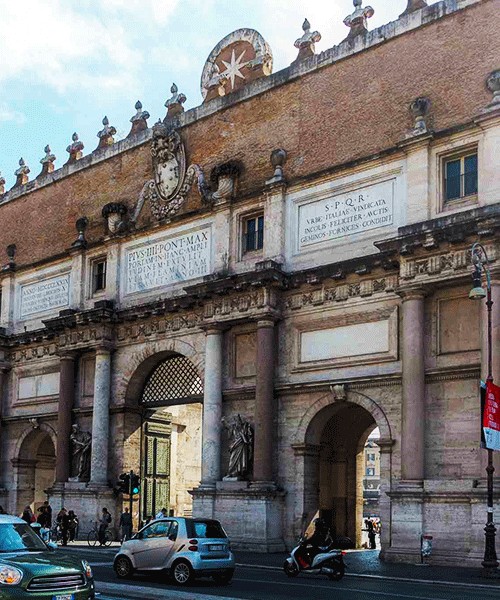 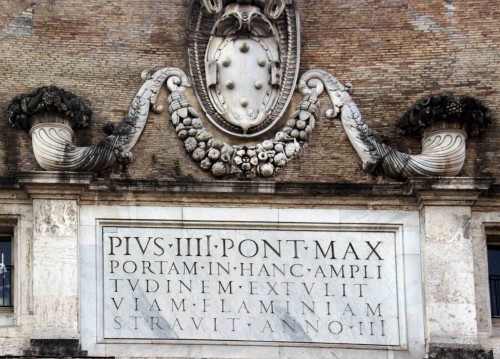 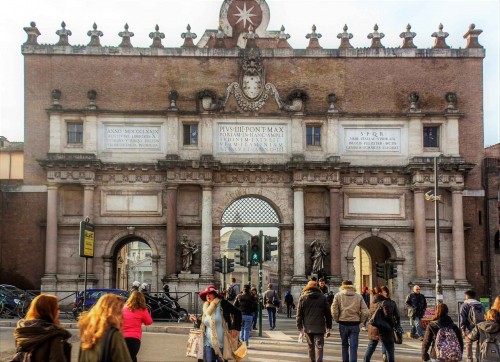 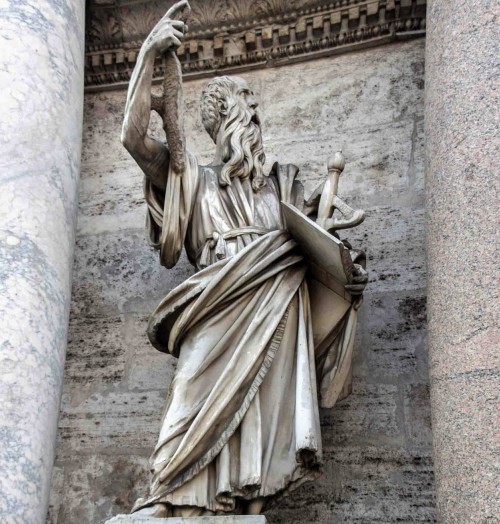 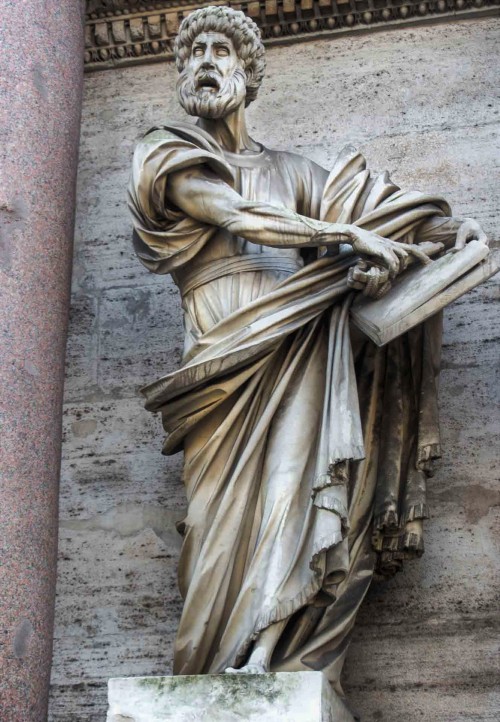 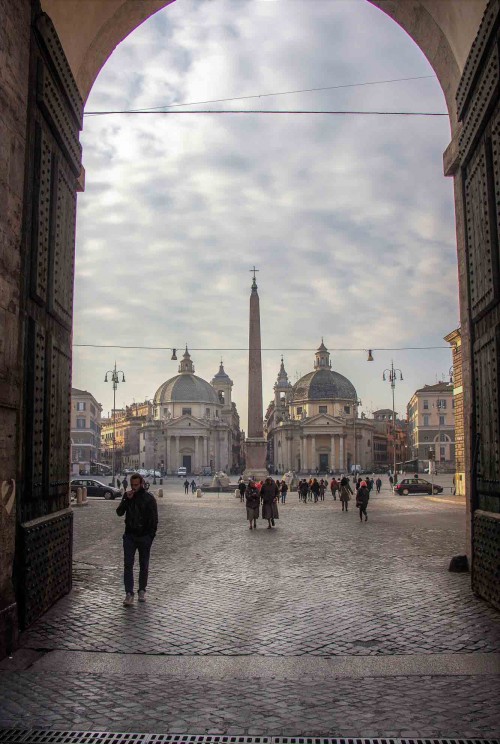 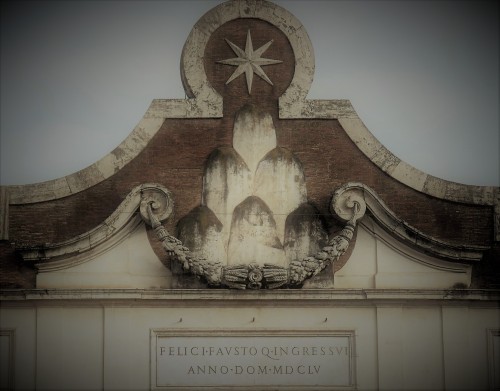 Porta del Popolo, top of the gate – coat of arms of Pope Alexander VII Chigi, inscription prepared for the entry of Queen Christina


In modern times during the pontificate of Pope Sixtus IV, it underwent modernization due to the construction of the nearby Church of Santa Maria del Popolo. In the subsequent, XVI century, at the order of the following pope, Pius IV, the great Michelangelo (Michelangelo Buonarroti) was to work on it, and although he accepted the commission, it did not appeal to him and ultimately he ceded it to his collaborator Nanni di Baccio Bigio. This architect introduced into his design (on the northern side) four pillars from the torn down Constantine Vatican Basilica (San Pietro in Vaticano). The gate had one arch and it was adorned by, the still visible today (between horns of plenty), inscriptive plaque honoring the work of the pope, while at the base the  coat of arms  of the de Medici family (six balls), from which Pius IV came. On the other hand, the rather mediocre sculptures, found between the middle pillars, were placed there in the XVII century. They contributed to the downfall of the renown of one of the most skilled sculptors of those times – Francesco Mochi. They depict, the two most important for the city apostles – saints Peter and Paul, who greet arriving visitors with their stern looks and fear-inspiring gestures. Initially they were to be used for the decoration of the Basilica of St. Paul Outside the Walls (San Paolo fuori le mura), however, since they did not appeal to the clients and were not paid for, this idea was abandoned.

The southern side of the gate was renovated in 1560 in the Mannerist style, by Jacopo da Vignola. One hundered years later, in 1655, due to the arrival of a famous guest – the Queen of Sweden Christina, the daughter of the bitter enemy of the Roman Catholic Church, King Gustav II Adolph – it was additionally embellished. Christina not only converted to Catholicism, which was seen as a great success of both his pontificate as well as the Catholic faith in general,   by the then pope, Alexander VII, but she also decided to spend the rest of her life in Rome. The pope employed his best architect, Gian Lorenzo Bernini, who immortalized this event as well as the pope himself, by exposing in the upper central part of the gate the Chigi coat of arms – six mountains with an eight-pointed star at the top. Below the greeting inscription FELICI FAUSTOQUE INGRESSUI ANNO DOMINI MDCLV (Done to Commemorate a Happy and Blessed Arrival in the year 1655) there was a garland of oak leaves, this time a reference to the coat of arms of the Vasa family.

Porta del Popolo served as a defense mechanism for the city until 1879, when similarly to the towers, the massive enforcements flanking the main gate from the northern side were done away with, while in their place the side arcades of the passageways were erected. There are plaques above them informing us of this fact. Today the gate between the Piazza del Popolo and  the Piazza Flaminia looks more like a triumphant arch than a defensive gate. 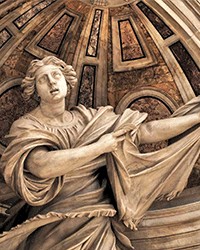