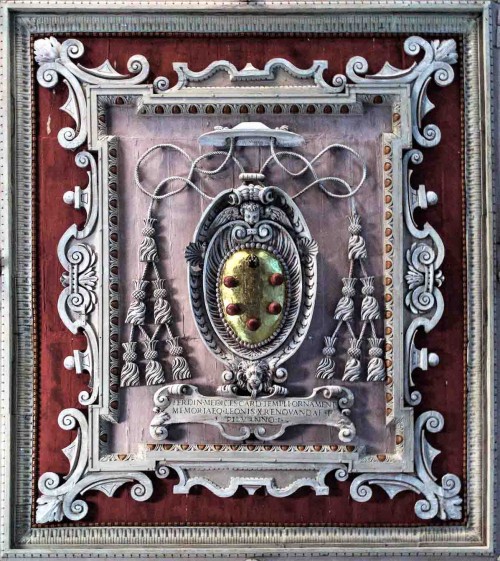 Santa Maria in Domnica, coat of arms of Cardinal Ferdinando de Medici on the church ceiling 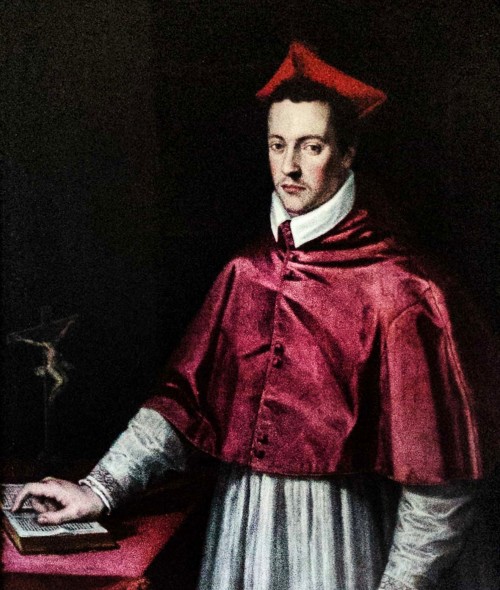 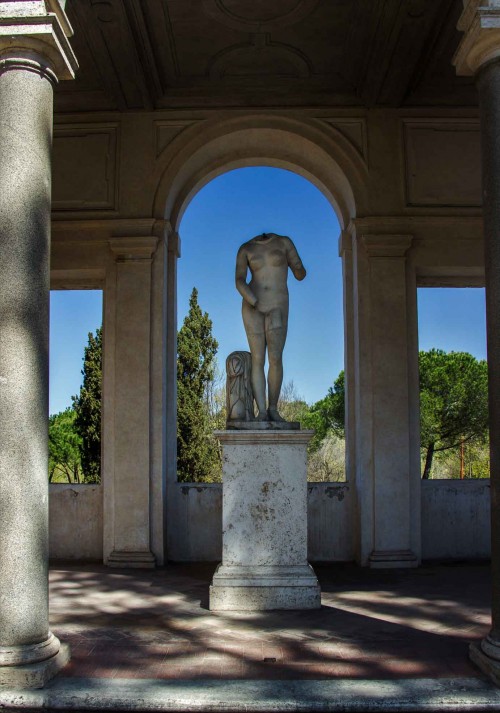 Loggia of Cleopatra in the arrangements of Villa Medici 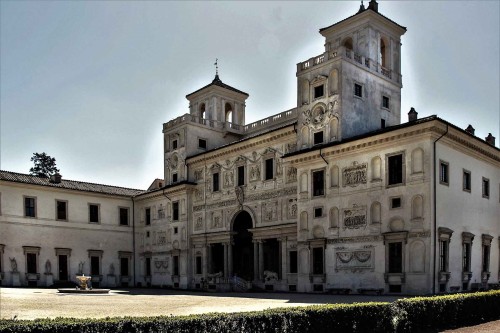 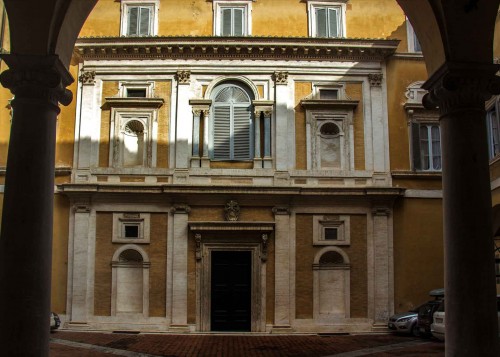 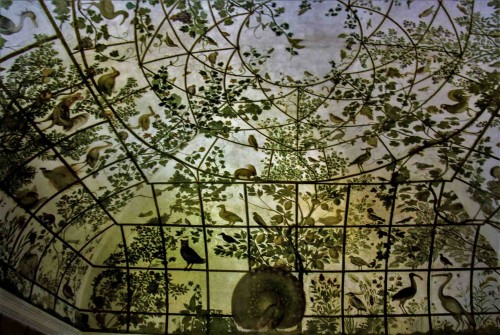 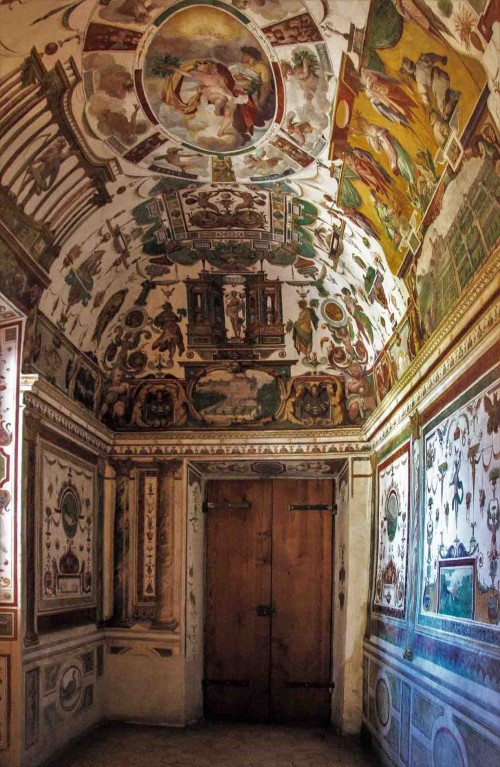 The cardinal’s studiolo in the garden pavilion, Villa Medici 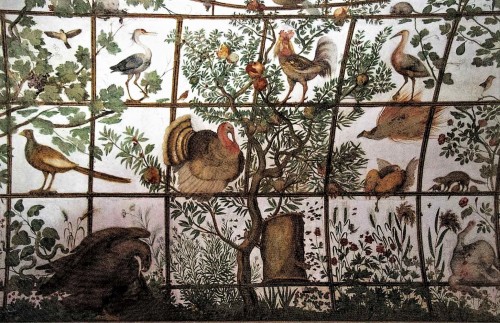 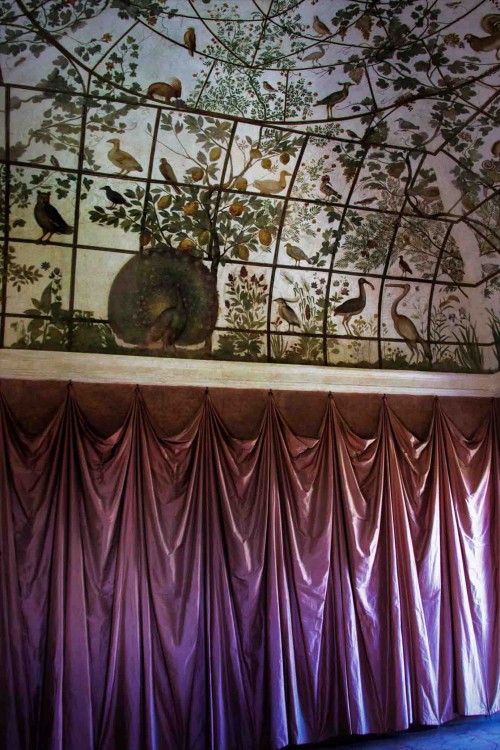 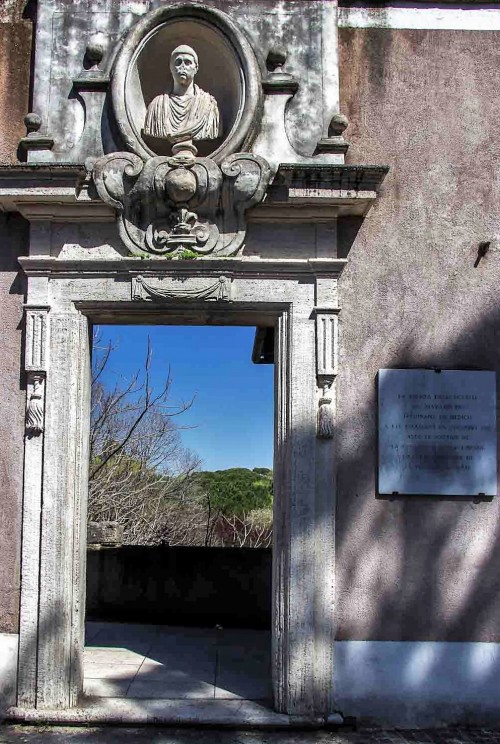 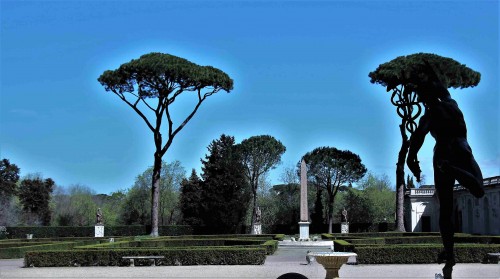 View of the park from the loggia of the cardinal’s casino, Villa Medici 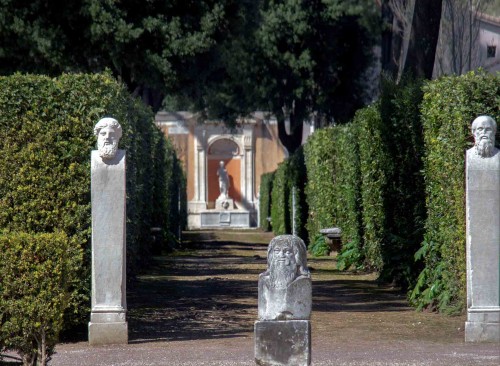 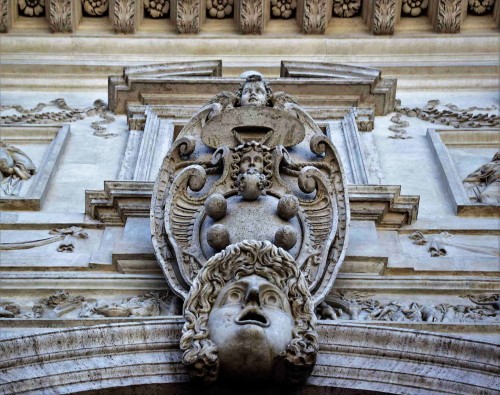 He was the fifth son of the Grand Duke of Tuscany, Cosimo I. Due to his birth, he was destined to fulfill a church function, which for the most part concentrated on representing the interests of the de’ Medici family in Rome. He became a cardinal at the age of fourteen, while in time he attained a significant position in the College of Cardinals. It was at his initiative that the still functioning today missionary congregation Propaganda Fide (Sacred Congregation for the Propagation of the Faith), of which he was the administrator,  came to be, as well as the Stamperia Orientale, tasked with printing propaganda materials for missions outside Europe in numerous oriental languages. At the same time he was known for his weakness towards gambling, hunting and ancient art, which he collected with great enthusiasm. He aroused the ire of Pope Sixtus V, adoring the beautiful Clelia Farnese, the widowed daughter of Cardinal Alessandro Farnese, who due to   de’ Medici’s interest in her was quickly married off once again and sent away from Rome.

In the Eternal City, the cardinal lived, organized social meetings, feasts and balls in the de’ Medici Palace – Palazzo di Firenze, which he had decorated with frescoes by the Mannerist painter brought to Rome from Florence – Jacopo Zucchi. He adorned three rooms with paintings at the behest of his client. They contained mythological scenes (The Story of Diana), as was fit for such an enthusiast of ancient art, as well as cosmological themes, towards which the cardinal had a great weakness.

During his stay in Rome, Ferdinand gathered an extensive collection of sculptures and objects of ancient art, among which there was the Niobe group, arousing widespread jealousy of the then collectors of art. And it was for the exhibition of his collections that he bought a park on Pincio Hill in 1576, along with a small casino which was part of it and which he had decided to renovate and enlarge, while the whole would be given a character of a luxurious urban villa (villa Medici). In the park, which provided a wonderful view of the city, he had small pavilions and loggias constructed and had the sculptures in his collection placed around it. In one of such pavilions with a view of the vineyards, interesting paintings have been recently discovered. It was most likely in these very pavilions that the cardinal entertained guests, prior to the completion of the main casino. One of the rooms is decorated with grotesque elements, the other in the ceiling part with an aviary – a painting imitating an enclosure, below which the most bizarre birds, small mammals, reptiles and amphibians were collected, a veritable painted zoo. The resting cardinal had in front of his eyes a never-ending spectacle, although it must be admitted that even a standing spectator must be impressed. These decorations, similarly to the plafonds and friezes completed in the casino were entrusted by the cardinal to his favorite – Jacopo Zucchi.

As the cardinal deacon of the Church of   Santa Maria in Domnica Ferdinand financed the construction of the Renaissance ceiling, which is adorned with an imposing de’ Medici family coat of arms.

The church career and stay in Rome of Ferdinand de ’Medici ended in 1587, when after a mysterious and premature death of his brother he discarded the robes of a cardinal a became the   grand duke of Tuscany. Along with him he brought to Florence most of his Roman collections of antique art, which today can be found in the Uffizi Gallery. 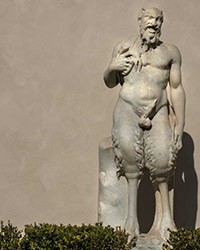 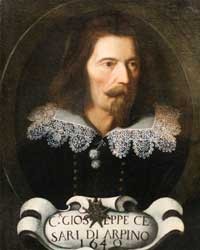 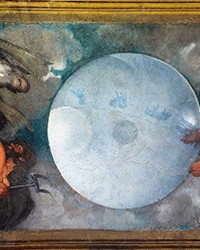 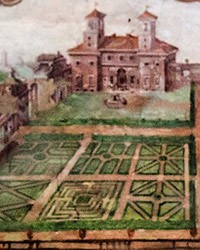 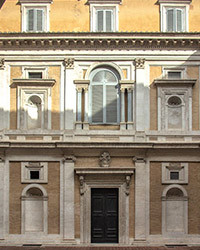