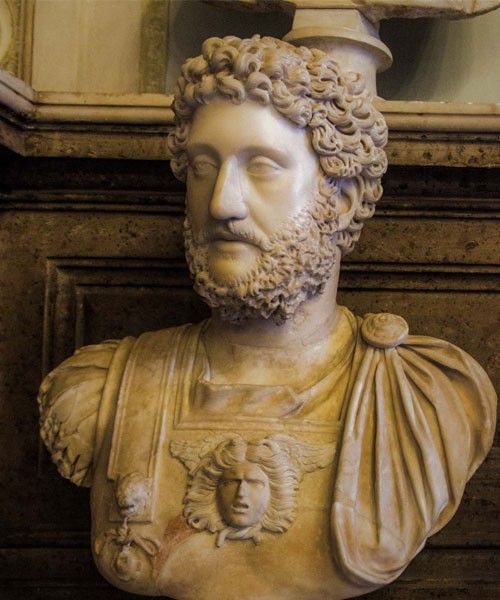 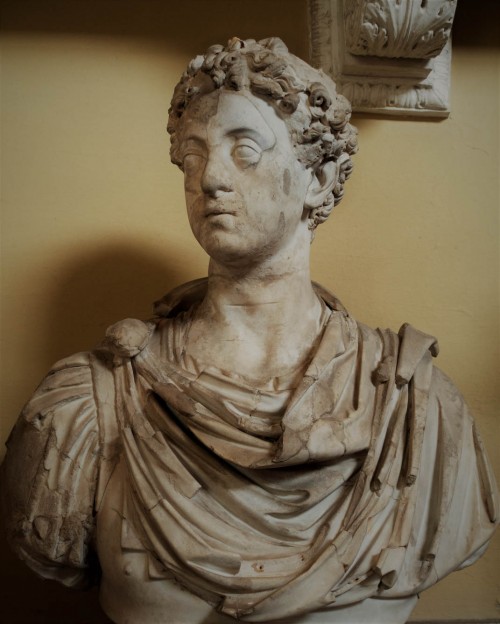 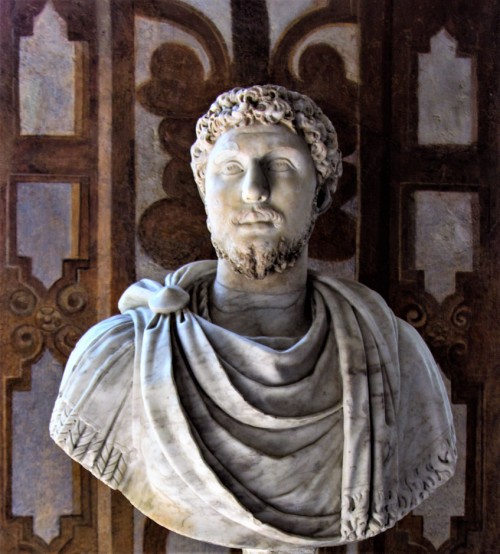 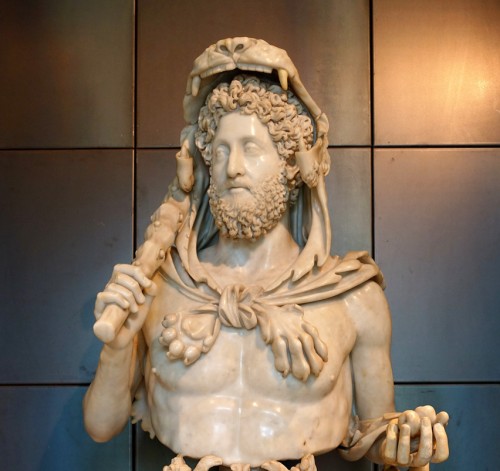 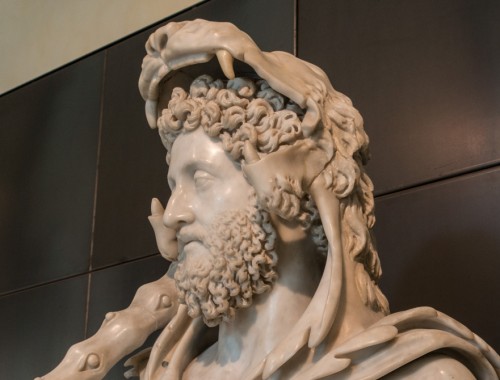 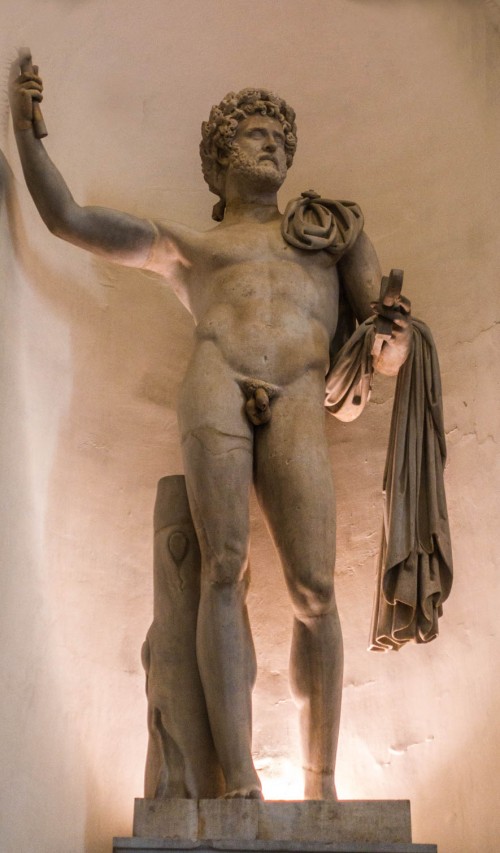 He was often a victim of numerous assassinations but this time he stood absolutely no chance – during a bath in the company of his favorite mistress Marcia, who had previously given him poison, he was attacked by an athlete, who was at the same time his coach (with the graceful sounding name of Narcissus), as well as the Prefect of the Praetorians – who to make sure of their success – strangled the already weakened emperor.

He was often a victim of numerous assassinations but this time he stood absolutely no chance – during a bath in the company of his favorite mistress Marcia, who had previously given him poison, he was attacked by an athlete, who was at the same time his coach (with the graceful sounding name of Narcissus), as well as the Prefect of the Praetorians – who to make sure of their success – strangled the already weakened emperor.

This was probably not the fate that Marcus Aurelius – one of the greatest and most noble people, imagined for his son, and who contrary to the tradition in place since the reign of Emperor Nerva (96 A.D.) of adopting, meaning appointing to the throne the best possible successors, marked his son first for co-rule and then to assume the throne. Nothing seems to point to the fact, that Marcus Aurelius had other plans for his succession, as some would like to see it. Commodus was an imperial child, born when the emperor had all the power, he accompanied him during military escapades and philosophical disputes – so contrary to his predecessors the emperor had a natural successor in him and had no need so search for another. Along with this succession the period of adopted emperors, which had lasted for nearly one hundered years came to an end, a most beneficial time in the history of the empire, full of outstanding strategists, politicians and leaders, the time of emperors Trajan, Hadrian, Antoninus Pius and finally the last one – Marcus Aurelius.

Commodus was a beautiful youth with blond, curly hair, regular facial features and an athletic built. He was an excellent left-handed fighter, willing to publically show off his abilities in archery, swordsmanship and chariot racing at the Circus Maximus. After assuming the throne in the year 180, it was difficult to suppose that in time he would become such a caricature of a man, a person hated by the Senate and the aristocracy, a man with an inflated ego, whose greatest joy came from fighting gladiators and killing wild animals at the arena. It brought him such great pleasure, that he felt himself to be the embodiment of Hercules himself.

Conducting state business, strengthening the borders of the empire and caring for the prosperity of its citizens bored the young emperor, therefore he transferred these duties, at the outrage of the senators, who until now enjoyed the right of co-rulership, to his trusted Praetorians and the freedmen. 12 years of his reign were spent by the emperor on prevention of crises and sentencing his subjects to death, whom he blamed for the failure of his rule: deficit of grain, revolts of the legions or street riots. On top of that there was chaos in the empire, decrease of agricultural output and a trade crisis connected with it, inflation and lower income from taxes. Another problem was as of then unknown to such extent simony (the sale of positions and offices) in the army and in the state, which resulted in authority being transferred into the hands of the inexperienced and the greedy.

Since the beginning of his reign, Commodus had to deal with conspiracies and unsuccessful attempts at his life, which had to influence his psyche and caused him to be distrustful of even those closest to him. Two years after assuming the throne he survived a first assassination attempt, near the Colosseum, which involved his sister Lucilla, and for which she paid with her life. In face of imminent danger, Commodus locked himself in his palace, avoided official meetings and visits – apart from those to the gladiator camp, where he trained and practiced. Following assassination attempts and conspiracies against him further deepened his dislike for the Roman aristocracy. He did however, enjoy popularity among the Roman populace, whom he generously provided with bread and games. As never before the Colosseum was filled to the last seat, also by aristocrats who were forced to do so, and who looked with disgust on the declassation and the emperor’s megalomania, bordering on insanity. Another reason for arising dislike was the idea of Commodus to proclaim himself a god, even before he died, the son of the highest ruler of heaven and Earth, the father of the gods – Jupiter.

In 191 A.D., a great fire erupted in Rome, which consumed a great deal of the city, including the Temple of Vesta, the Temple of Peace and a large part of the imperial palace. Commodus ordered a broadly planned reconstruction, but he did not complete this work. He was publicly seen for the last time in November of the following year, when during two-week long games, he performed on the arena of the filled Colosseum as Hercules Venator (Hercules the Hunter), and showed off his archery skills, reportedly killing one hundered wild animals, including tigers, lions, elephants, and hippopotamuses. A month later, on the last day of the year, he was murdered. After the assassination, the Senate proclaimed the shameful formula of damnatio memoriae, meaning condemning Commodus to eternal oblivion. His name vanished from monuments and documents. However, not for long. From the political chaos, which for a year befell Rome, a new candidate for emperor finally emerged – Septimius Severus. Since upon assuming the throne, he wanted to legitimize his authority, proclaiming himself to be the adopted (fictitious) son of Marcus Aurelius, he could not allow for his brother to be in a state of disgrace. Given such a situation the Senate rehabilitated Commodus in 197 A.D. and even deified him.

As a constructor, Commodus left nothing of significance, but to the broad public he is known for a different reason. He was one of the principal characters of a great Hollywood movie production entitled Gladiator. A lot was changed in the movie due to political correctness and suspenseful narration, but despite that the emperor himself probably to some extent is reminiscent of the real – unfortunate son of a great father.

Emperor Marcus Aurelius (121–180)– a philosopher on the imperial throne 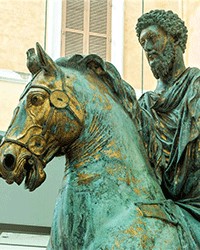 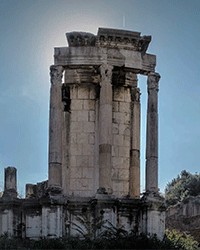 Emperor Marcus Aurelius (121–180)– a philosopher on the imperial throne