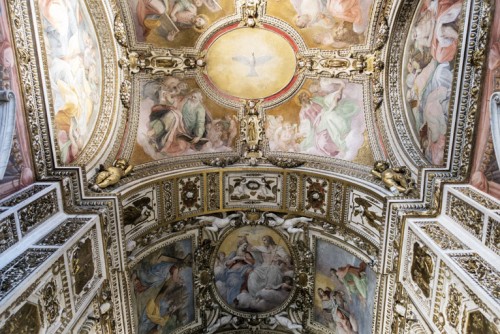 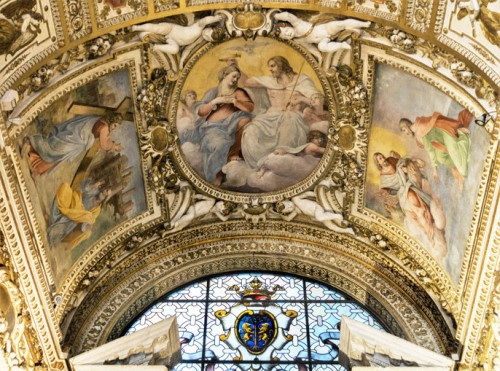 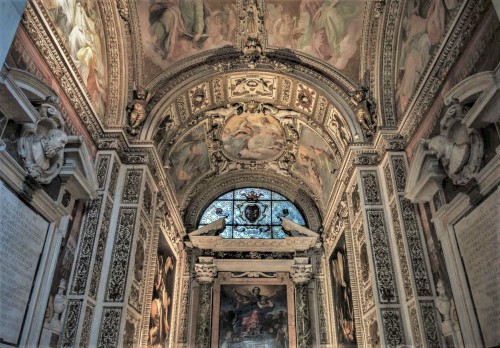 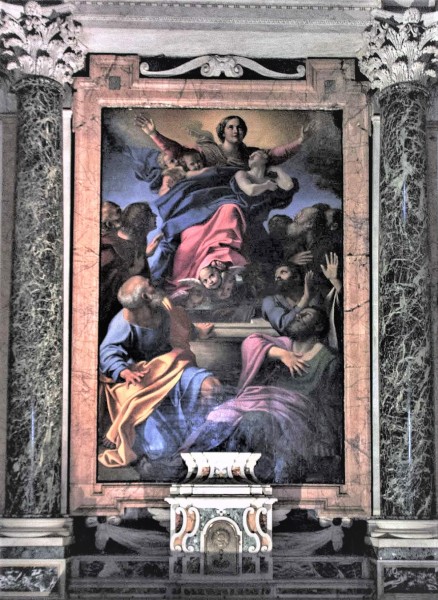 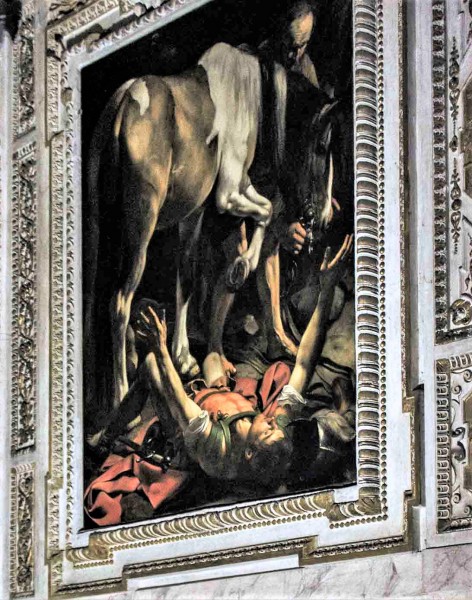 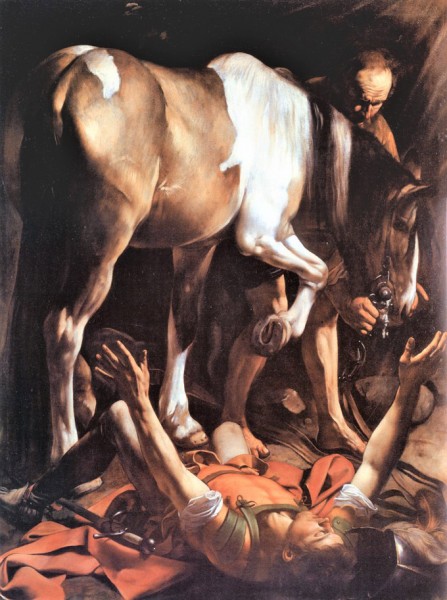 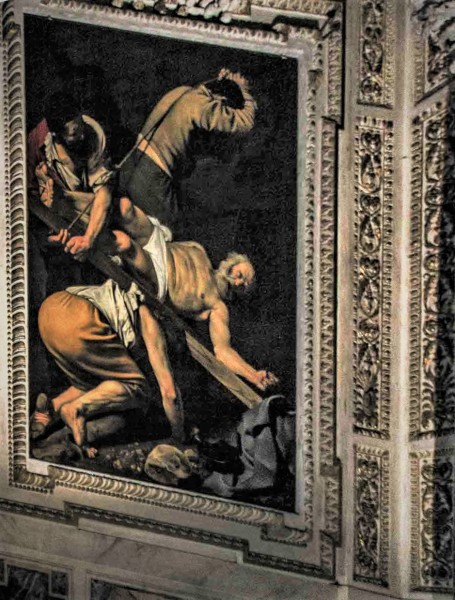 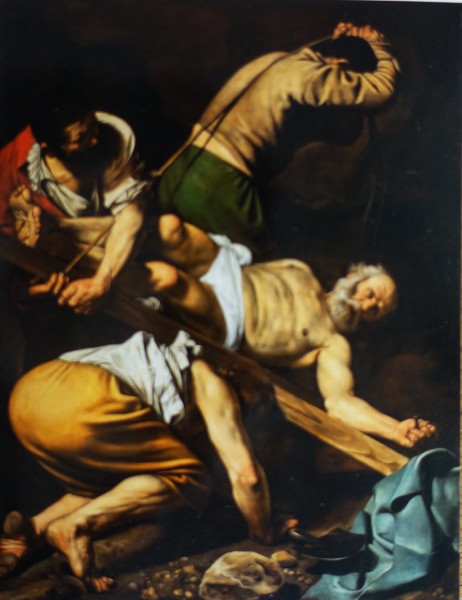 The fame and recognition garnered by Caravaggio after painting the three canvases depicting St. Matthew in the Church of San Luigi degli Francesi (Contarelli Chapel) resulted in the painter being the talk of all of the artistic community in Rome. He experienced moments of genuine and long-awaited triumph. It should, therefore, come as no surprise that he rapidly acquired another grand commission. It was provided to him by Tiberio Cerasi, while the place where it was to be completed was the Church of Santa Maria del Popolo.

The fame and recognition garnered by Caravaggio after painting the three canvases depicting St. Matthew in the Church of San Luigi degli Francesi (Contarelli Chapel) resulted in the painter being the talk of all of the artistic community in Rome. He experienced moments of genuine and long-awaited triumph. It should, therefore, come as no surprise that he rapidly acquired another grand commission. It was provided to him by Tiberio Cerasi, while the place where it was to be completed was the Church of Santa Maria del Popolo.

The newly created chapel was placed on the right side of the main altar and although it was not the largest it would stun all with its magnificent decorations. It was designated for the Treasurer-General of Pope Clement VIII – Tiberio Cerasi, a man who was not only extremely wealthy but a patron of the arts as well. He decided, to decorate the chapel which he purchased in the Church of Santa Maria del Popolo, while still alive and it was in it that he desired to be laid to eternal rest.

The agreement signed by Cerasi and the famous at that time Caravaggio in September of 1600 encompassed painting two compositions (on wood) depicting episodes from the life of the Apostles and the protectors of Rome, and on top of that, the painter was also obligated to provide initial sketches. The Martyrdom of St. Peter was to be placed on the left side of the chapel, while The Conversion of St. Paul on the right. At the same time, Cerasi also signed a contract with another renowned painter (although perhaps a bit past his prime), but one who painted in a completely different style – Annibale Carracci – for an altarpiece to the very same chapel, as well as frescoes depicting episodes from the life of both the disciples, which were to adorn its vault.

Carracci began working and quickly completed the task entrusted to him. The altarpiece – The Assumption of the Virgin – is an image of the Mother of God surrounded by gesticulating apostles, as if they were witnessing the miracle of her departure to the heavens. Carracci – in a way typical for his painting – selected clear, cool colors, while basing the composition on the plan of a triangle. His idealized figures, dressed in togas and performing dramatic, although theatrical gestures, also appear on the vault of the chapel and… they definitely do not fit with the works of Caravaggio (which were added later). And today immersing ourselves in this chapel, it seems that these works are not separated by months but rather centuries. This should come as no surprise as the forty-year-old at that time Carracci, disheartened with work in the Eternal City and filled with melancholy,  had to come face to face with the twenty-nine-year-old rebellious, innovator and his style, which he not only disliked but also did not understand.

The works of Carracci were most likely finished in May of 1601, at the time of the death of his client. But what about the works of Caravaggio? We cannot be certain, whether the paintings (painting?) completed by that time were rejected by the client while he was still alive, or – which seems more likely – by the executors of his will and his heirs, meaning the friars from the Church of Santa Maria della Consolazione. It was they who supervised subsequent works in the chapel of the deceased. Nevertheless, Caravaggio had to begin his work anew, and this was a difficult time for him. The work did not progress as he would have liked – he drank, got into fights, was ill, and weakened. This time instead of wood he chose canvas and with rapid strokes of the paintbrush sketched the consolidated, reduced to a few figures compositions. He introduced strong light and it was this light just as it had in the Contarelli Chapel, which played the dominant role in the painting.

The painter, as he was wont to do, placed live models in his workshop, put in a lamp, which illuminated the individual elements of their bodies and clothing, and without any initial sketches, out of the darkness, creations similar to a theatre play emerged. The principal “actors” are not overly visible, however, their creator helps us, constructing a composition on a diagonal, in this way bending space to accommodate the eyes of the viewer.

Let us check, how Caravaggio constructs his masterpieces immersed in shadow and how he submerges us in his dark imagination. His figures are simple, plebian, while their gestures are slow. They are in direct opposition to the idealized beauty and the theatrical gestures from the works of Carracci. Poor Carracci presumably did not assume that he would have to compete with “probably the most revolutionary works of religious art in all of history”, as Caravaggio’s works were described by the well-known art historian Roberto Longhi. The only thing that connects all three of the protagonists from the chapel – Our Lady, St. Peter, and St. Paul are their spread out arms, an obvious sign of their devotion to God.

Today only a small number of art enthusiasts know the name Carracci, and it is not his works that those who make the artistic pilgrimage to the Cerasi Chapel come to admire. They come here to be moved as thousands have been moved before them, by the paintings of Caravaggio. 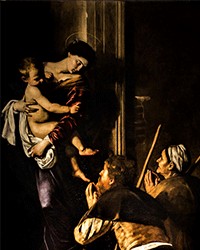 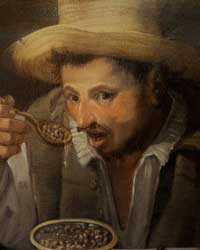 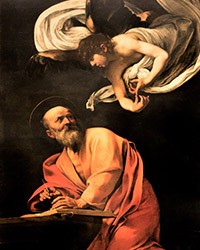 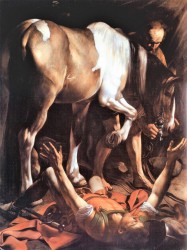 Caravaggio’s The Crucifixion of St.... 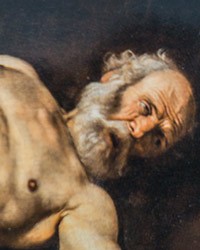