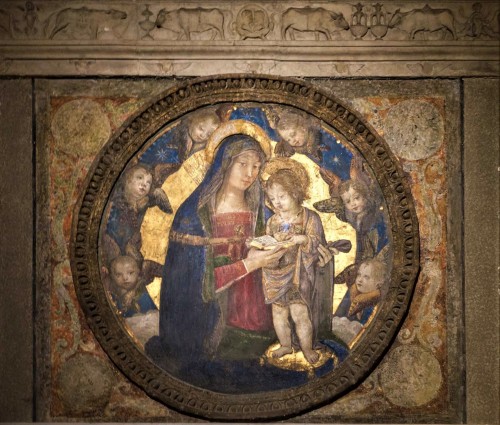 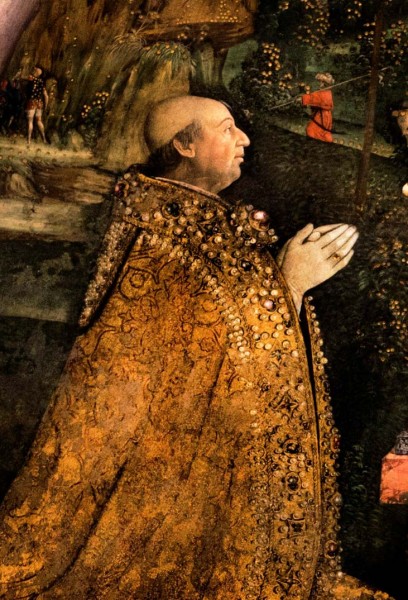 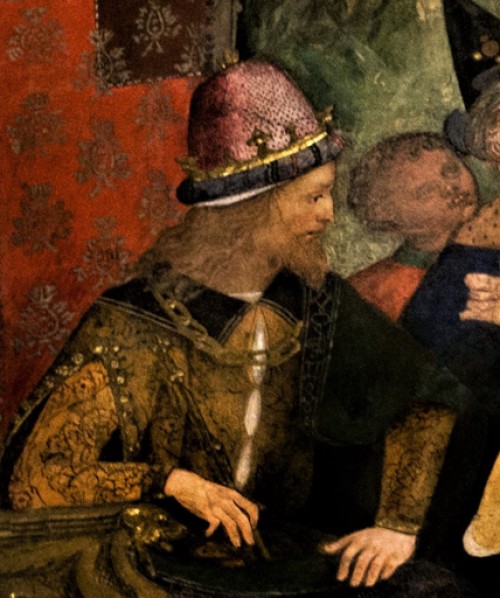 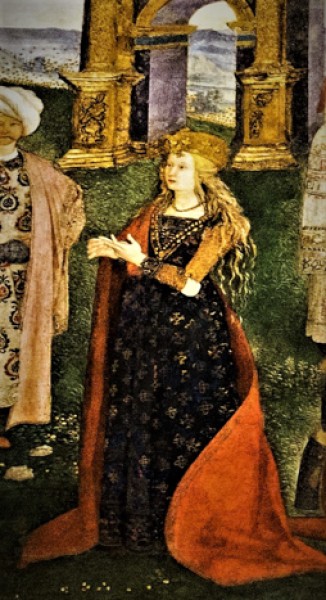 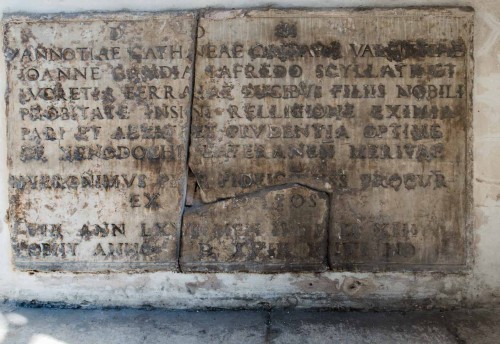 She really came into her own, when she caught the eye of the Spanish cardinal. She was no longer young at the time, being 31, while he was 42. It cannot be overlooked that ever since coming to Rome and becoming legate at the court of his uncle, Pope Callixtus III, Rodrigo Borgia behaved as a secular duke. When he did not work or travel, he spent time on parties, hunts, gambling and… love affairs. His palace was located near present-day via del Vittorio Emanuele at Piazza Sforza-Cesarani, while Cardinal Ascanio Sforza, who described its interior, emphasized the luxurious decorations of each chamber, adorned with carpets and tapestries, silvers and crystals. However, what really caught his attention were the three silk-decorated beds. The palace later became a gift for cardinal Sforza, in exchange for his support at the conclave.

In his life the cardinal had many mistresses and many children (reportedly around twelve), however Vanozza was the first, with whom he maintained a stable relationship. He bought her a house near his own, while the four children who were the result of this relationship – Cesare (1475), Juan (1476), Lucretia (1480) and Jofré (1482) – were also particularly favored by Borgia. They could count upon the proper upbringing, and as it would turn out later, when the cardinal ascended to St. Peter’s throne, on unbelievable careers. However, before this came about it was necessary to find a husband for Vanozza, whose existence would put to rest rumors and camouflage the uncomfortable relationship, of a clergyman with great ambitions. Cardinal Borgia married off Vanozza a total of three times. After his enthronement as pope (Alexander VI) in the year 1492, the position of Vanozza as the mother of officially recognized children did not change. She was still financially secure and respected, despite the fact that contacts with her former lover had long before lost its eroticism. This was not because of the pope’s restraint, but simply because the elderly, 50-year old woman was replaced with a younger favorite – Giulia Farnese. Despite this fact in Vanozza’s letters to her ex-lover we can sense devotion, gratitude and servility. Vanozza also maintained warm relations with her children and with humility she accepted the decision which forbade her to attend the wedding of her daughter Lucretia. She clearly, knew her place in the intricate puzzle of ambitions, sensuality and political strategies. She also easily adapted to her new role – a pious, devoted to the Church, parishioner. She still kept the Borgia coat of arms and name and this did not change after the death of the pope in 1503. Despite the dislike of subsequent bishops of Rome towards Alexander VI, Vanozza was widely respected as a true woman of business. Money, which was well invested in properties, brought profits, just as the pawn shops and taverns she controlled. One of these at Campo da'Fiori (no. 13), is still found in the same place. At the start of the XVI known under the name of Taverna della Vacca (Tavern Under the Cow) it was widely famous, as a place in which it was possible to encounter prostitutes. Vanozza, was at the same time a member of the Confraternity of the Gonfalone, which spared no expenses for charity purposes. After her death, she gave all her riches to many charitable organizations. It should come as no surprise that on the day of her funeral, at the head of the funerary procession there were Curia officials and bishops, while at the back, courtesans. In such a parade, accompanied by a choir singing Psalms, she was carried into the prestigious Basilica of Santa Maria del Popolo. She was laid to rest next to her second husband Giorgio della Croce, as well as the sons who had previously been buried there – Juan (Borgia’s son) and Ottavio (della Croce’s son). Vanozza also thought about the future care for her tomb, which she entrusted to the Confraternity of the Gonfalone and ordered masses, which would be annually celebrated at the anniversary of her death for the next 150 years.

However, she could not predict that the times and habits will change. Presently in the aforementioned basilica we will find neither her tomb nor any mention about her burial. Why? The golden period of tolerance for sexual freedom of popes and their surroundings, as well as the courtesans in the city came to an end. In time their presence was a cause of shame, while the Counterreformation correctness saw them discriminated against, thrown out of the city and ordered to wear the appropriate clothing for her profession, yellow in color. Traces of their funerals were removed. And while it should be assumed that Vanozza still rests somewhere under the floor of the Church of Santa Maria del Popolo, her tombstone was thrown out at the end of the XVI century during the pontificate of Pope Clement VIII. We will find it in the vestibule of the Basilica of San Marco. It was discovered there fairly recently, when during conservation works it was found in the church floor (face-down). When we take a look at it today, it is with great difficulty that we can make out the inscription, also appropriately damaged: “Vanozza Cattanei… “, followed by the children she had with Borgia, then “Wisdom… “ and information about her charitable foundations. And what of the masses which Vanozza had ordered? Although she herself became a problem for the Church, the masses in her intention still continued, however, only in the chapel of San Giovanni at the Ospedale San Giovanni in Laterano, but in exchange for the next 250 years.

We do not have confirmed images of Vanozza. Some see it in the face of Mary from the scene of the Annunciation, as well as the Madonna in one of the chambers of the Borgia apartments in the Apostolic Palace by Pinturicchio. Another, such type of a painting, the favorite painter of Alexander VI was created for the no longer existing della Croce Chapel in the Basilica of Santa Maria del Popolo and it depicts Vanozza as St. Lucy. Historians also see her image in the portrait of Innocenzo Francucci (Galleria Borghese). Her most important portrait, as  a dignified matron, is found in the gallery of donors in the old San Cosimato monastery (present-day hospital). 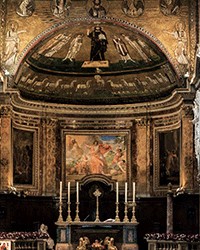